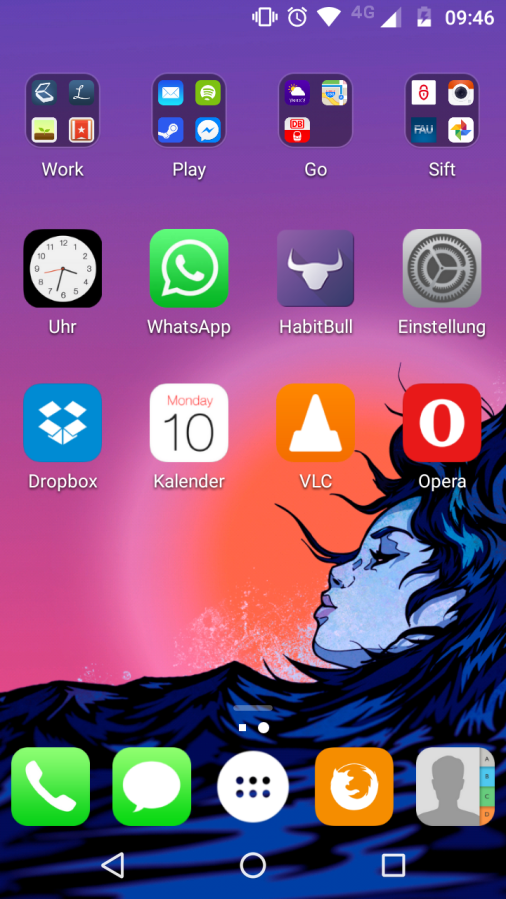 Apple’s iOS changed a little bit over the years, but the overall style didn’t change as much. I always loved the minimalist approach to the OS, but the devices are too expensive for me when it comes to deliberate purchases. I will introduce you to the closest thing to iOS I could create without using shady, advertisement-filled launcher apps by companies that don’t even exist:

Stock Android or launchers from Samsung and other companies don’t allow you to use your own icon packs. In order to change that, I installed Microsoft’s Arrow Launcher. The cool part about it is that it also features an iOS-styled widget- and controll-center. After installing the Arrow Launcher, the phone will behave a lot more like an iPhone, but it still lacks the great distinctive design when it comes to the app icons. I bought the “iOS Icon Pack” in the Google Play store for about 50 cents. After installing them and adjusting some icons, I was done.

iMessage is probably one of the best messenger apps that uses SMS and MMS. The closest thing to it on Android is called “Textra”. This app lets you customize the overall style of your message bubbles, colors, … .

View all posts by Johannes

My Music (the J effectI